It is tempting to file exactly the same end of season report as last year’s having experienced two remarkably similar back to back seasons in the Sittingbourne 5-a- side League.  However ....

Last season we had a very slow start but then enjoyed a purple patch towards the end and eventually finished 4th in the league narrowly missing out on the runners-up spot. This year we had a slow start and a storming finish and finished 4th again, although we were not as close to 2nd spot.

We won through to two cup finals last year and we did the same this year. Last season we lost one of the finals 1-3 and did the same this year and by the same score. We went on to win the Knockout Cup 2-1 last year, our first winner’s trophy for many years and, guess what, WE WON IT AGAIN THIS YEAR but this time by a stonking 3 goals to a rather inadequate 1. No doubt about it, a slight improvement.

We had a good incentive to win it AGAIN because we have mislaid the actual trophy so it gives us another year to find it. If that fails then we will have to go for the hat trick of wins in the hope that, just as Brazil did in 1970 (stay with me on this one) we get to keep the trophy for good.

There, alas, any similarity between Brazil and the Old Bordenians ends although it could be argued that some of us playing competitive 5 a side into our 50s and 60s does make us nuts.

Our squad is again largely unchanged from last year but avid readers will have remembered that, at the end of last season there was a tantalizing chance that the squad could be bolstered by even more younger legs. Well, you can stop fretting because it did happen and we now have 4 players in the squad still in their 30s!

And the good news doesn’t stop there because they will still be in their 30s next season so with a better start to the 2014/2015 season we are hoping to add to our haul (let’s be honest, it is now a haul) of silver (tin) ware.

‘Old Bordenians, still the Knockout Cup holders’ the stadium announcer could have screamed but just as last year there is still no announcer and still no stadium. 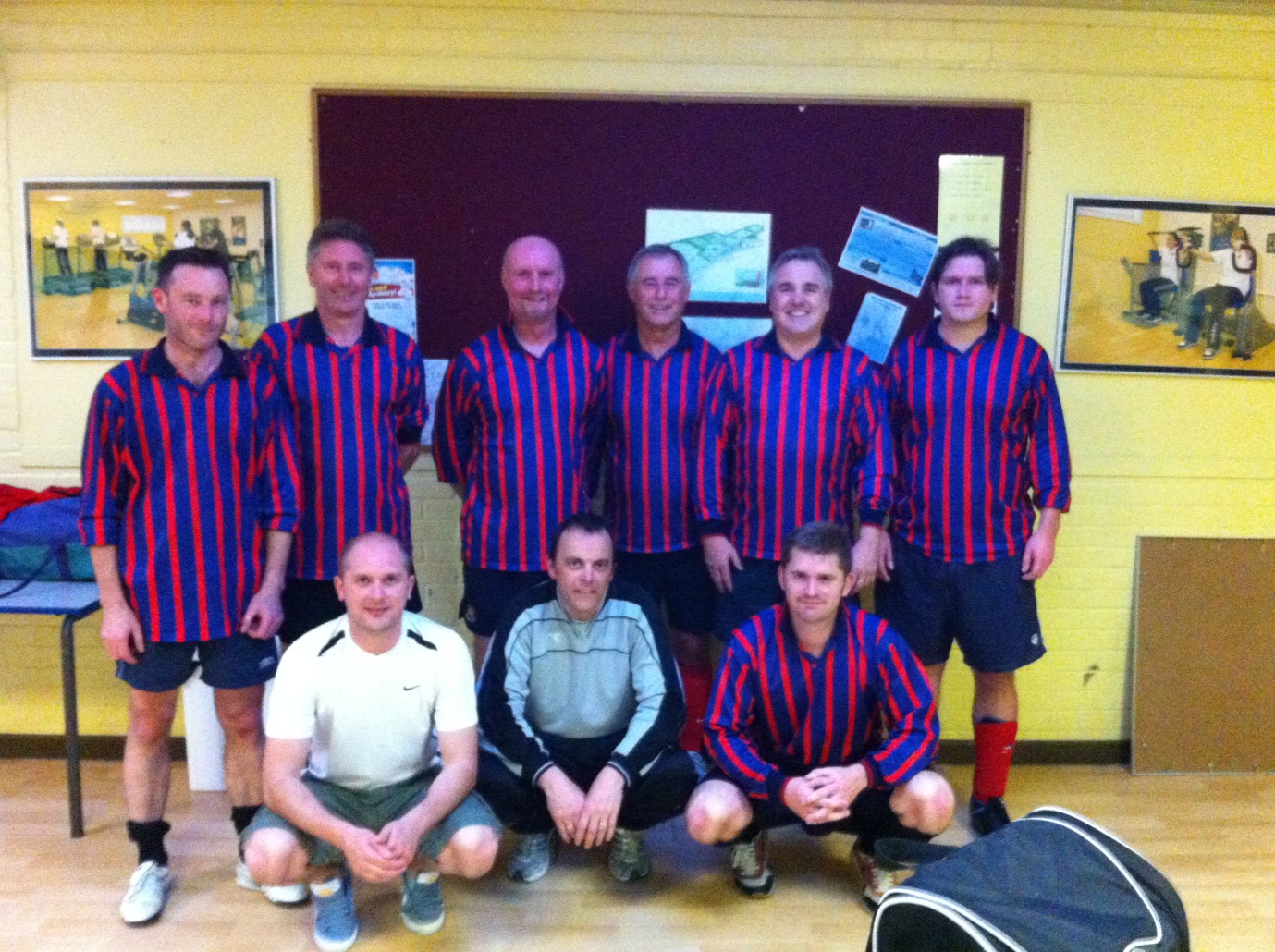 The 2013/2014 squad: Standing (just) from left to right: Andy Hargreaves, Cliff Cork, Gary Johnson, Peter Thompson, Keith Shea and Simon Thompson. In the front (wondering how they will stand up afterwards) are Jon Cork, Adrian Mackender, Julian Cork and, in the bag, is Shy Nick our 10th squad member.

As ever, we are always keen to hear from any Old Bordenians wanting to play. Contact details below.

This email address is being protected from spambots. You need JavaScript enabled to view it.