The evening of 23rd September 2021 was a special evening because during the course of 4 hours the OBA Veterans Football Club reunion was held  for 2020 and 2021. As you would expect, they merged into one very enjoyable evening. Alan Snelling and Peter Lusted have provided this report.

"Perhaps not surprisingly, despite short notice, it was easier to get a 'team' of players together for a drinks evening than it was to even get 11 for an away match at Walderslade on a cold November morning.

Calls for another 'Veterans' match were once again ignored. Walking Football was also suggested but several thought that it was ALWAYS walking?

As well as the excellent quick service from Claire behind the bar, the highlight of the evening was a collection of videos and photos digitally enhanced from ages old Cine8 film and probably Kodak instamatic cameras. The films showed some clever football skills, actual goals, tackles and even missed penalties! Trying to identify players was even more difficult than spotting the ball – the bar lady Claire was more successful! The lack of grey hair was also noted. A photo of a 'fancy dress' evening from the early 1970's was also cause for concern - mainly because we could not identify 3 of those in the photo, but the creativity of the costumes was only matched by the creativity on the field!

It was good to welcome 'first timers' Greg Pope and Rob Thomson. (Rob still denies all knowledge of the missing No.9 green & white striped shirt.)

Of course, we will have another reunion next year and we hope to welcome several more Veterans with whom we are now in touch." 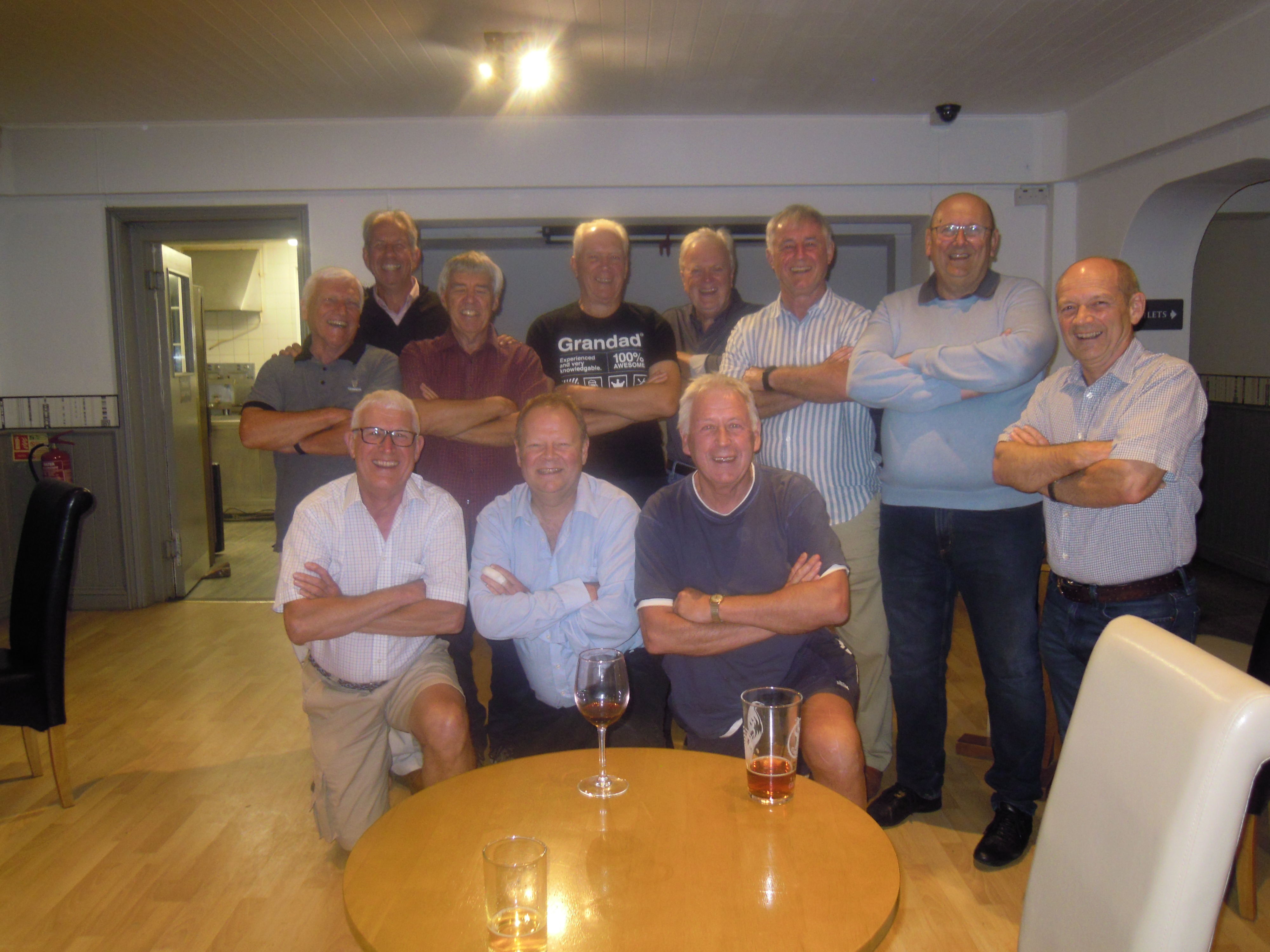