Stephen Lynas has supplied us with a couple of photos from the Annual Dinner, held on 23 March, together with a school photo of the Form 5A in 1967.  Amazingly, Stephen has also been able to supply all the names on the school photo!

In the picture on the left, the Revd Stanley Evans and Richard Yelland (1963-70) are looking at the 5th form photo from 1967 (reproduced below). Stanley taught English for a short time and Richard is showing him the 5 people on the photo who were present. 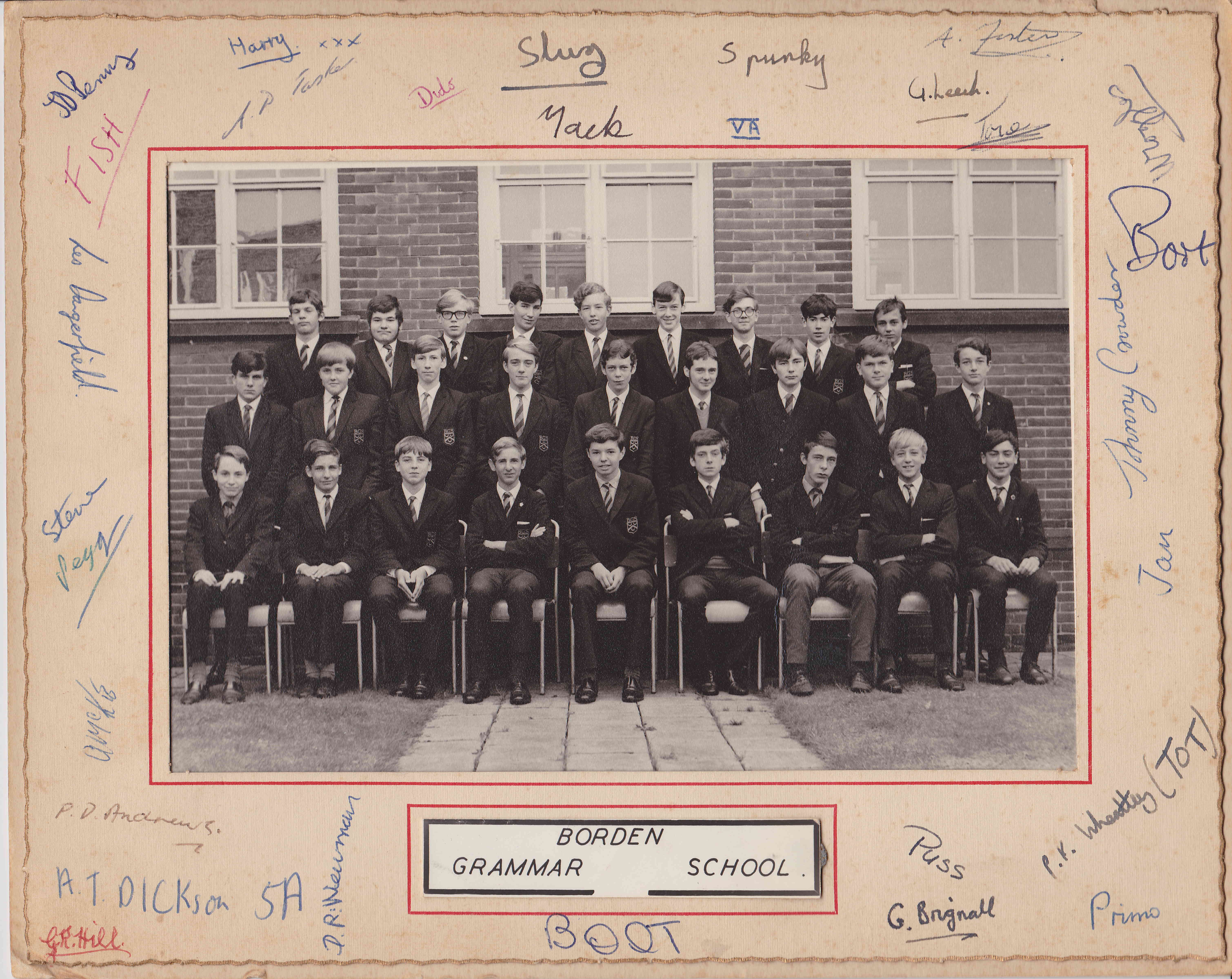 Adrian ‘Tash’ Tasker – lived at Woodstock, went to work for IBM/Burroughs, I believe

Pete ‘Sarnie’ Andrews – so called because he, unusually for those days brought a packed lunch to school; and to distinguish him from Jan Andrews

The Form Master was the wonderful Roy 'Prune' Hill