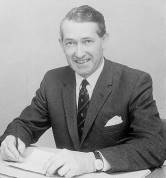 Denis went to Chester College, and was conscripted to the RAF in WW2.

Denis was a keen sportsman played for Gore Court and captained the Old Bordenian Hockey Club, before going on to captain Gravesend Hockey Club and then being awarded his Kent ‘Colours’ playing for his County.

Denis’s teaching career had started in 1947 at Sittingbourne County Primary School before being appointed in 1950 as an English teacher at the newly built Westlands County Boys Secondary Modern School.

At Westlands, Denis coached the schoolboy Brian Luckhurst at cricket and put his name forward to Kent as a potential future county player. Brian later went on to become a Kent and then England opening batsman.

In 1957 Denis was appointed Head of English and in 1960 made Deputy Head of the school. In 1967 Denis was promoted to acting head overseeing the amalgamation of the girls and boys schools. He was appointed headmaster of Westlands High School in 1969. Westlands School grew in size to nearly 1,700 pupils and 90 staff.  The school’s reputation was transformed through the 1970s.

Denis helped establish the Air Training Corps 2230 (Sittingbourne) Squadron at Westlands and under his leadership and with his support it grew in size, achievement and status with a number of cadets going on to RAF careers. In 1985 Denis was awarded the MBE for services to the Air Training Corps. He was Chairman of the Swale Work Initiation Measure (SWIM) which later became know as STC to provide vocational training and work experience opportunities for the young people of Swale. For over twenty years he was a trustee of The William Barrow’s Charity in Borden Village.

Denis was one of the Old Bordenian Hockey Club’s founding members, Vice President and hockey captain from 1947 to 1950. Denis edited the Old Bordenian Maroon magazine from 1948 to 1974, and was a governor of Borden Grammar School from 1996 to 2010.

Denis fell ill with an infection at the beginning of this month and passed away peacefully at Charing House Nursing Home Gillingham on 13 January.

Chris Laming, secretary of the OBA, said "He was a wonderful and inspirational leader who did so much for his pupils, his colleagues, and his fellow sportsmen, for education, for Westlands, for Borden and the  Old Boys and for the memory of his brother and those friends who didn't have chance to live such a full and rewarding life having made the ultimate sacrifice in WW2. It always struck me that Denis had a very acute awareness of the difference between right and wrong and good and evil but he could always balance his serious side, and his great ability to cajole others into doing things for the cause, with an infectious sense of humour. This, and his great fund of stories, made him great company."

Alan Wilson, Chairman of Old Bordenian Hockey Club, paid tribute to Denis,  one of the club's founding members and a vice President: "Denis, with the Millen brothers, Ernie and Aubrey, conceived the idea of forming Old Bordenian HC when they returned from the Second World War. It is interesting that there are quite a few sports clubs which, like ours, were founded around that time and we can only speculate that this may have been a reaction to the horrors witnessed during the war and a desire to create something good and lasting. Denis made a great contribution to his world in so many ways: in education, as Headmaster at Westlands, in sport, having played for Kent and as a founding member and a staunch and loyal supporter of OBHC for so many years, as a leader of the Air Training Corps, as a governor of Borden Grammar School and as a member of the Old Bordenian Association, for which he was the editor of the Association's annual Maroon for many years. For services to education, Denis was awarded an MBE. Denis was a man of principle with a keen intellect and a warm character. The world is a better place for having had Denis Jarrett."