Sadly we have to record the death on 21st October of Ernest Geoffrey Beynon at the age of 86. He was at the School from 1937 until 1944, and was one of the Sheppey Bordenians who was evacuated to S. Wales in 1940 for two years. He was accompanied there by his younger brother, George, who has supplied the following information about Geoff's career. Graham Barnes, his contemporary at School, has amalgamated this with an appreciation delivered by the Minister at his funeral service. 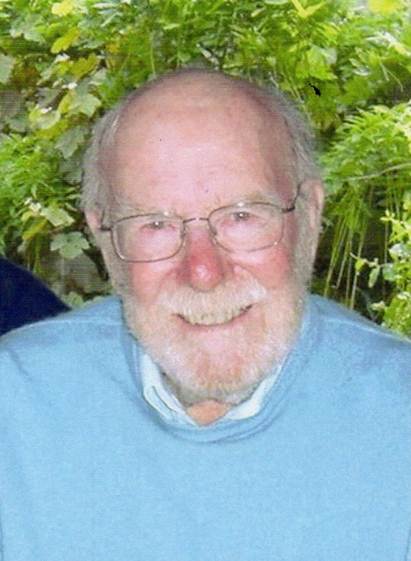 When Geoff Beynon left Borden, where he had a distinguished academic record, he went to Bristol University from which he graduated with a Degree in Mathematics. While at Bristol he stayed at Wills Hall, a hall of residence, for the first two years of his degree course, and soon took up campanology, for which he developed a lifelong enthusiasm. Whenever he had the opportunity, he also rang the bells at Minster Abbey during visits to Sheerness; later, he rang regularly at Thornbury Church in Gloucestershire, and, after retiring in 1988, he was Tower Captain for some years at a Church near Welwyn Garden City.

While at Bristol, he demonstrated his commitment to trade unionism by joining the Assistant Masters' Association as a student. He maintained a longstanding connection with the University, and was active for many decades as the Treasurer, and latterly, as a Vice-President of the Wills Hall Association.

His first posting was to Thornbury Grammar School, and it was there that he met Denise, his future wife, when she joined the Staff. After marrying in 1956, they lived in Bristol, moving in 1964 to Welwyn Garden City where they lived in the same house until his death. Locally, he was involved with the Welwyn Garden City Society and The Digwell Lake Society.

These activities demonstrated his strong commitment to professional standards – focussing on the responsibility of members towards the children they taught, with an emphasis on professionalism rather than militancy. They were also significant in raising the standards within the entire spectrum of working conditions for teachers - for instance, Geoff's involvement in the Working Party on Superannuation saw an advance in terms of family benefits.

In the Minister's words, “It is impossible to outline the extent of his contribution, except to say that his dedication, comprehensive knowledge, supportive advice and humour brought the trust, respect, admiration and affection of his colleagues.” Geoff was a loving, generous and very much loved husband, father, grandfather, brother and uncle.