The son of Old Bordenian John Doran has provided us with a couple of photographs of Borden Grammar School evacuees that were sent to Lewis School, Pengam in the Rhymney Valley in South Wales in 1940.  Unlike most of the others, John's family decided to stay in S Wales when the rest returned. 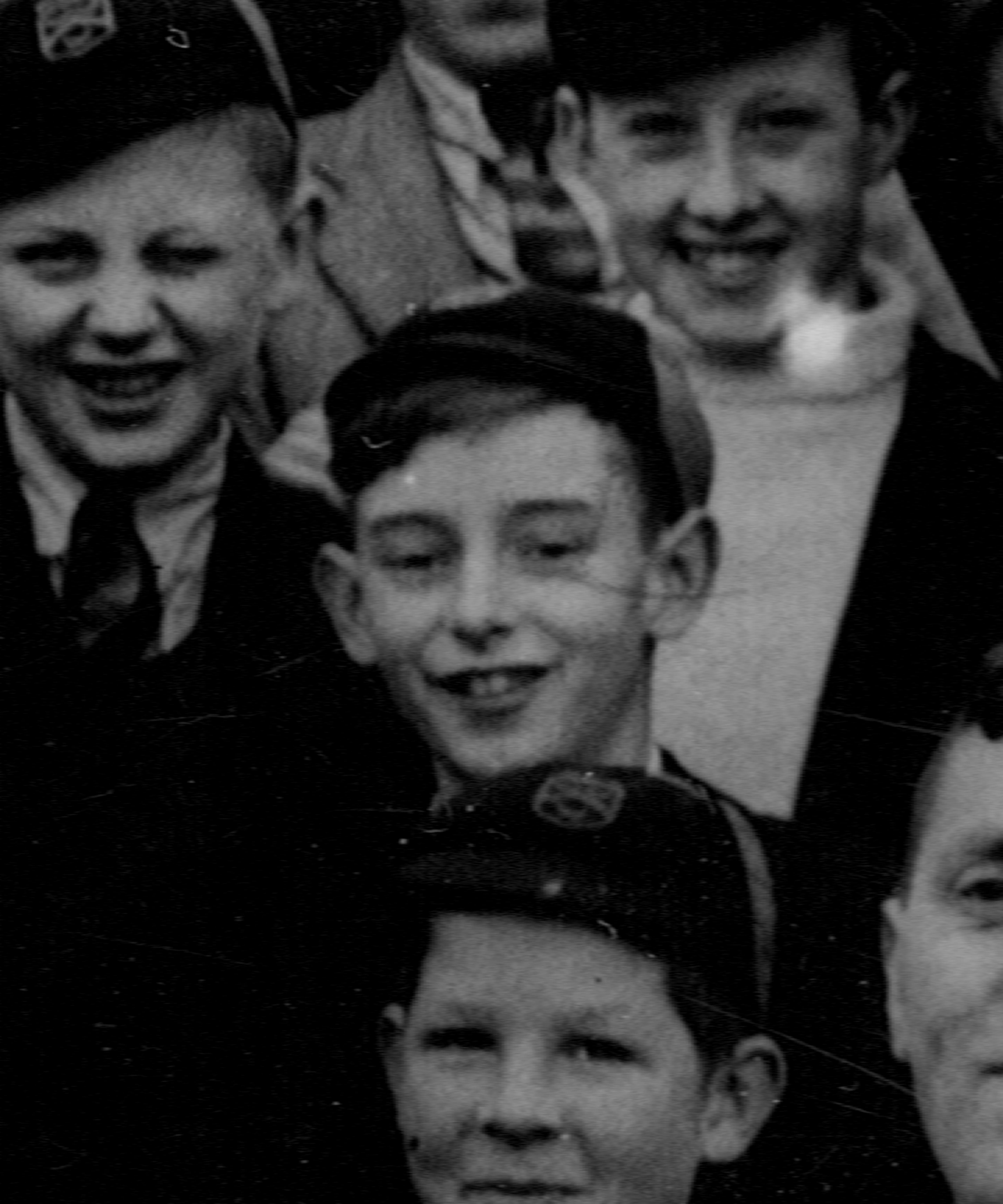 After we received the pictures, Ken George, via OBA committee member Graham Barnes, has sent us a copy of the photograph from an old Maroon with names of many of those pictured, together with an accompanying article by John Young. John wrote “I’ve attempted to put a name to all the faces, though I can’t vouch for the total accuracy of this exercise.  There are also some names I cannot recall – perhaps other old boys can fill in the blanks.  For the benefit of younger members, the picture was taken circa 1940-41.  The evacuees were led by Mr Alan Highton (far right), assisted originally by Mr Higson and Mr Snelling.  Mr Higson was later called up and Mr Snelling recalled to BGS.  The lady teacher in the photo was recruited locally and various members of staff from Borden came on relief during the summer terms (notably Mr ‘Mossy’ Miller who met his future wife on one such visit). The picture shows ‘Jimmy’ Howard paying a visit to the ‘outpost’.  Mrs Highton & Mrs Snelling were a great support to us, particularly in the early months by keeping up morale and ensuring we wrote home regularly (and although we, or they, were unaware of the process) ‘counselling’ us on our first time away from home & family.”

If you can identify any of the few remaining unknown faces, please let us know and we will update this article.

As well as the large number of Borden Grammar pupils, other notable attendees of the Lewis School have been Neil Kinnock, former leader of the Labour Party and Simon Weston, Falklands war veteran.

Coincidentally, whilst researching old Maroon magazines, I came across the following letter to the OBA Secretary from Geoff Beynon, the late brother of George Beynon (an OBA Life Member), and both in the photograph above: